Apple updated its App Store guidelines last week to lay out clear rules for how developers should present in-app subscription options to users. The changes were spotted by 9to5Mac, and it appears Apple is trying to clear up a lot of the confusion that comes with downloading an app and signing up for a recurring subscription.

The new rules can be found in the Human Interface Guidelines and App Store documentation on auto-renewable subscriptions, and they speak to how developers must clearly present the real prices users will have to pay up front. The example apps shown below adhere to Apple’s guidelines that “the amount that will be billed must be the most prominent pricing element in the layout.”

Alternatively, promotional pricing, including monthly and yearly savings, should be written less prominently. For example, Tinder advertises its Gold and Plus subscriptions with monthly prices for its six- and 12-month subscriptions, but it requires users to pay up front for their subscriptions in full. As for free trials, developers must clearly indicate the price billed once the trials are over, as well as the renewal terms. 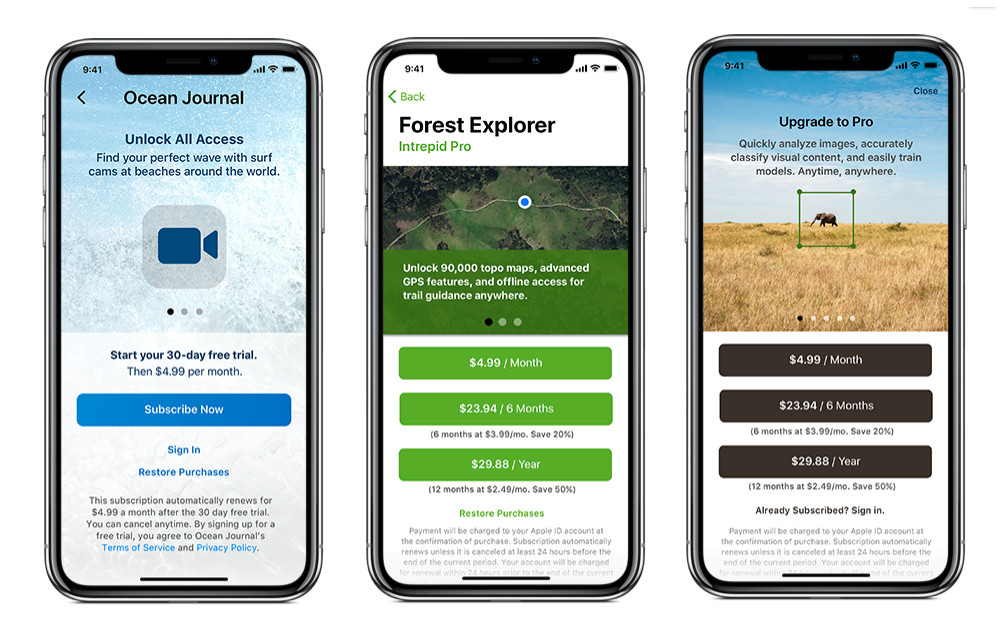 Although there are now clear rules on how Apple expects apps in the App Store to present subscription options, it’s to be seen how closely Apple will enforce its own guidelines. Though the App Store is more strictly managed than Google’s Play Store, scammy apps that trick users into making in-app purchases have managed to slip into the marketplace before.