Why You Might Want To Renew Your Driver’s License Early, Maybe Very Early

Major changes are in place in the issuance of state driver’s licenses. Federal rules now intervene in the process. Because of these changes, it’s a good idea for most people begin the renewal process much earlier than they normally would. If you’re moving to another state, or your license is set to expire soon, expect getting that new license to take longer and be more complicated in the past.

The changes are the result of a federal law known as The REAL ID Act. It was enacted in 2005, and the Department of Homeland Security issued rules on December 20, 2013. Not many people paid attention, because the rules phase in enforcement of the act. But the phase-in period is almost over. Beginning October 1, 2020, you need a special state driver’s license or other identification card if you want to use it to board a federally-regulated commercial aircraft, enter a secure federal building, or visit a military installation. The license or identity card must have a gold star on it, which indicates it is a REAL ID.

I learned about the REAL ID rules and process last fall when we moved to another state. Initially we anticipated obtaining new licenses would be fairly simple with the main issue being how long we would have to wait in line at the Division of Motor Vehicles (DMV). A quick review of the state’s web site followed by conversations with a number of our new neighbors disabused us of that idea.

We spent several weeks studying the rules and gathering documents before completing the forms and taking everything to DMV. After that, the process went relatively smoothly for me. My wife had to visit DMV three times before obtaining her new license, which seemed about average based on anecdotes from neighbors. One neighbor had to make five trips to DMV before her license was issued.

One factor is the REAL ID Act establishes minimum security standards for the issuance of state driver’s licenses and identification cards, essentially making the cards the initial step in the security process. The new standards require more documentation to establish your identity before the ID will be issued.

The second factor is DMV employees are the adjudicators of whether documentation is acceptable. There’s no appeal, except to the supervisor in the office, if they choose to become involved. The result is that application of the rules can be inconsistent. We had personal experience with a document being accepted on one visit but not on another, and others told us they had the same experience.

Here are the types of documents you need to provide to obtain your REAL ID driver’s license.

First, you need proof of identity. The only acceptable items are a government-issued birth certificate or an unexpired U.S. passport. Your old driver’s license or ID card isn’t sufficient. If it isn’t a REAL ID, it can’t be used to prove your identify.

For people without unexpired passports, the birth certificate requirement can cause problems.

My wife was born in New York and has a document labeled “Certificate of Birth Registration.” It was accepted as proof of identity the first and third times she visited DMV. On the second visit, however, it was deemed unacceptable by both the person at the counter and the supervisor, though it states on the back, “This document is to be used as proof of birth.”

The requirement also can be a problem for retirees, who don’t receive W-2s. One retired man told me his Social Security card had become quite weathered over the years. The DMV clerk wanted another form of proof, because the card was difficult to read and wasn’t copying well. (As part of the process, the DMV is required to scan all the documents you provide and keep them as a permanent record). But after several attempts the clerk decided the latest scan was adequate. 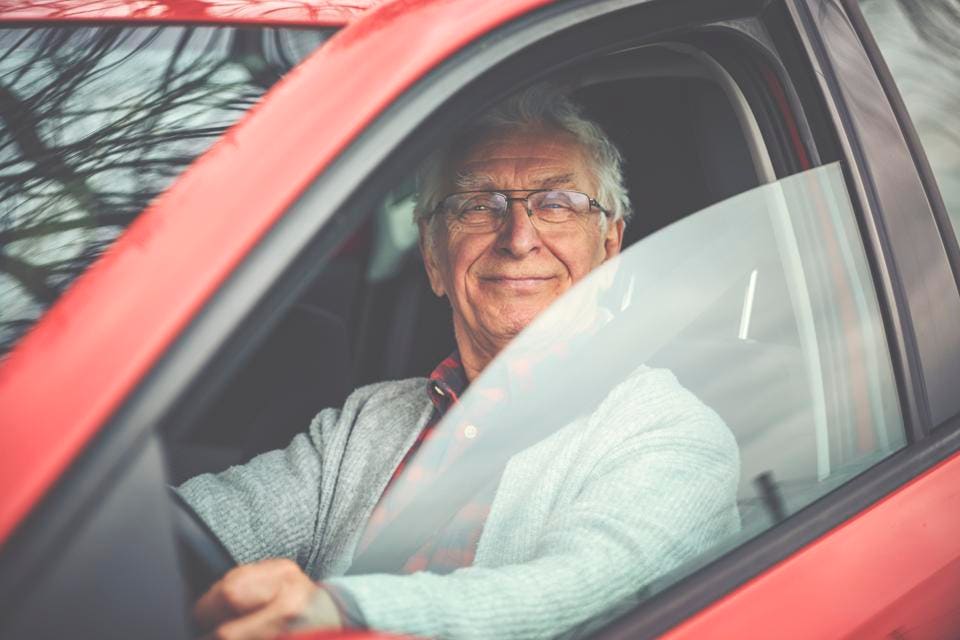 The third requirement is to provide two items proving your current physical address. If you’re seeking renewal of a driver’s license and haven’t moved, your expiring license can serve as one proof of address.

Of course, this is a problem for people who recently moved. It takes a while to accumulate mail and other documents that can prove your address, so you might not be able to apply for a license until you’ve been at the new address for a month or more.

The discretion of DMV employees also can cause problems, especially for some married couples. The detailed rules list many different documents that can be used to prove your address, but the online summary in our new state listed only utility bills. Our neighbors report that some DMV employees insist on utility bills, while others know about the broader list and accept other types of mail and documents.

Married couples can have a problem because many couples have all the utility bills in one spouse’s name. They can’t be used as proof of address for the spouse who name isn’t on the bills, even if they can prove they’re married. We were warned when moving into our new house to be sure we either registered all the utilities in both names or alternated which name is registered with the utility. Oddly, some of the utilities would put only one name on the bills.

Otherwise, a married person who has changed names must provide a chain of documents showing the changes. This is particularly problematic for a woman who’s been married more than once and changed last names each time. You have to show your birth name, proof of the first marriage, proof of divorce (if one occurred), and then proof of the second marriage.

Another inconvenience for some people is that you no longer are allowed to keep your old license, whether it was issued by your current state of residence or a different one. The DMV will keep the old license, and at least one person said the old license was not returned though a new one wasn’t issued immediately.

You can see why I recommend that many people begin the renewal process for a driver’s license well before the expiration date.

Of course, you don’t need a star on your driver’s license that indicates it’s a REAL ID. The state will issue you a regular driver’s license without requiring the higher level of documentation. You might find it easier to keep your U.S. passport current and use that or other documentation accepted by DHS to board commercial aircraft and enter other secure areas.